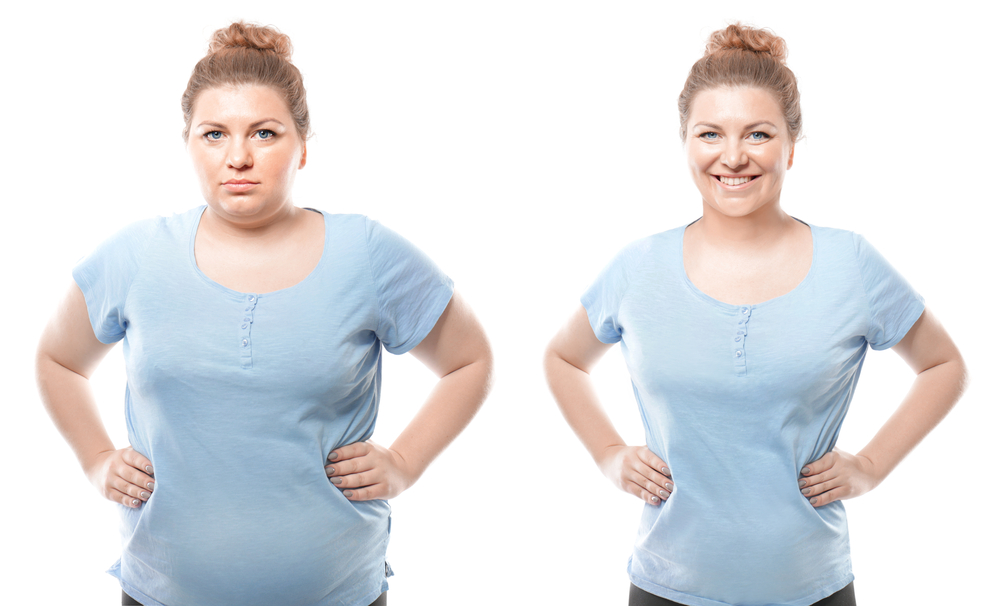 Have you ever felt like you’ve gone through countless articles and seem to be more confused than ever before on what diet plan will yield the results you are looking for? One website will tell you to simply eat more protein and count calories. Meanwhile, a female fitness YouTuber swears by her ketogenic diet and daily workouts.

Clashing views and information on women’s health and fitness will almost always leave you feeling more confused, helpless, and with more questions (rather than getting answers!).

Just as no two humans are alike, there isn’t a single approach to changing your body composition as a woman.

First, there’s genetics to consider. Second, women have different body composition goals too — some might be keen about improving their running times or overall flexibility. Others may be more concerned with aesthetics or weight loss, say getting their glutes in shape for a better-looking butt or losing the weight you've been meaning to get off. Finally, eating habits and dietary preferences will influence the rate at which you accomplish your body composition goals.

Despite these differences, we’ve uncovered some common threads and insights from recent research that can truly help women who want to feel better and stronger, and show them how.

In this article, you’ll learn several important gender differences in terms of anatomy and physiology, and how these differences can impact your training and nutrition decisions, minus the bro science, of course (why isn’t there such a thing as sis science?).

Let’s get into it!

What Makes a Woman’s Body Different?

In terms of anatomy and physiology, we’ve listed down the differences between men and women’s bodies and how they can potentially impact your body re-composition efforts.

1. Women can gain the same relative amount of muscle mass as men.

If you’re like most women, you’re likely curious about whether doing the same routine as the other guys in your CrossFit class will give you the same results. Here’s what we know so far:

Now that we’re aware that men have a slight genetic advantage over women because of their higher baseline muscle mass, particularly in the upper body, does that mean that you’ll gain less muscle mass than men despite lifting the same amount of weights?

In addition, it’s worth noting that muscle mass gain may be more affected by individual variations  in terms of sensitivity of response to resistance training rather than gender differences.

It’s possible to gain as much muscle mass as men but it may take more work on your end because of your slightly lower baseline muscle mass. However, if you’re worried about getting too big,  it's also unlikely to happen due to differences in testosterone (we'll cover that later), and how you train.

It’s a well-established fact that the more muscle mass you have, the more calories (and fat) your body can torch over time. With that said, it’s easy to assume that men may have the advantage because their baseline muscle mass is a third more than women.

It turns out that this isn’t the case. Women's fat and muscle tissues are more metabolically-equipped to break down certain macronutrients than men.

“Women seem to oxidize more carbohydrates in the prandial state after meals, and when energy demands increases during physical activity, energy expenditure is covered by a greater fat oxidation in women. Together, these findings imply a high metabolic flexibility in women, as substrate oxidation is readily adjusted in accordance to nutrient availability in these situations.”

In short, women tend to use up their carbohydrates for energy during resting and recovery states, but turn to fat for energy during submaximal exercise (less than the maximum of which an individual is capable) more so than men.

Where does this high metabolic flexibility come from?

The aforementioned review article mentioned that it may have to do with the higher estrogen levels in women. Estrogen, it turns out, can help the body burn more carbs, particularly during the follicular phase (first half of the menstrual cycle) when estrogen levels tend to reach their peak.

Another noteworthy difference supporting women’s superpower of being more efficient in glucose (carb) and fat metabolism has something to do with gender differences in body fat distribution patterns. Men tend to store fat in and around the organs, also known as visceral fat, in their abdominal region (also called android fat distribution).  On the other hand, women’s bodies are more likely to squirrel away subcutaneous fat for rainy days in their hips, legs, and buttocks (also called gynoid fat distribution).

The unfortunate news for men is that visceral fat accumulation may be associated with reduced insulin sensitivity and progression of diabetes. As a result, men’s bodies are less likely to pay attention to rising blood sugar levels while women’s bodies are more sensitive to insulin due to less visceral fat deposits.

Finally, the same review on the differences between carb metabolism between guys and gals revealed that when eating isocaloric (same amount of calories), high-carb diets (increasing from 55% to 75% over the duration of the study), glycogen (stored glucose) concentrations in the body only increased in men and there were no changes in women.  The researchers suggested that these findings possibly indicate that the excess carbohydrates consumed by women may be utilized more efficiently as fuel, instead of being stored as fat for future use, as in men.

If you’re exercising regularly, don’t be afraid of carb or fat intake unless there is a medical reason to avoid them (say you’ve been advised to go low-carb by your doctor) because your body needs both to enhance your workout benefits.

Focus on eating whole grain carbs and refrain from consuming carbs that are highly processed. In the same stroke, make sure you are eating the right types of fat that will enhance the body composition changes you are looking for.

Most of all, don’t starve yourself! You are only going to drive your body into starvation mode, which tells your body to burn less calories (known as adaptive thermogenesis). And if you’re working out, that’s all the more reason for you to eat to gain muscle mass.

Due to these muscle-fiber differences, it seems like men are (generally) likely to excel in training involving explosive, powerful routines.

For this reason, changing up your routine may allow for greater muscle growth.  Don’t just stick to intense cardio training workouts as your sole workout routine - mix it up with resistance and strength routines. This study on the effect of a six-month resistance training between older men and women concluded that women can gain more muscle mass using a total body strength training program versus men.

4. Men and women have different proportions of sex hormones in their bodies.

Remember that we mentioned the influence of hormones like testosterone and estrogen a couple of times?  When you hear the words estrogen and testosterone, you’re likely going to associate the former with women and the latter with men. And with good reason.  Differences in muscle and fat between men and women can be traced back to women’s higher estrogen levels and men's’ higher testosterone levels.  Both males and females start puberty at about 80 percent lean body mass. By the end of puberty, females drop to 70-75 percent lean body mass due to a surge in estrogen, and males increase to 90 percent due to an increase in testosterone levels.  As a result, males gain more muscle mass, and females gain more adipose (fat) tissue or essential fat. The increase in essential fat in women is the body’s way of preparing for pregnancy and breastfeeding. We can also surmise that the increase in muscle mass in men after puberty has to do with the fact that they are supposed to be the “hunters” in the tribe, as described in the hunter-gatherer theory.  What This Means for Women:  Most the time, we assume women have a harder time gaining muscle than men since women do not produce as much testosterone. However, research reveals that although men exhibit a greater muscle hypertrophic response (faster results) to strength training than do women, the difference is small.  As noted in the study we linked in Point #1, it’s possible for men and women to accomplish the same amount of gains in muscle mass when doing the same routine.

Next, there’s birth control to consider. One study concluded that women who are on certain types of oral contraceptives (OC) have a harder time gaining muscle in comparison to women not on OCs. This may have to do with reduced levels of testosterone when ovulation is suppressed.

The same goes for menopause. Menopause, which literally means the “pause” (end) of your “menses” (period), comes with many physical changes.  The ovaries gradually reduce estrogen production as you transition to menopause. Animal studies have shown that lower estrogen levels will not only increase your appetite and possibly lead to overeating, they may be associated with changes in fat distribution, storing it more in the abdominal region instead of the lower body.

Even if you lift weights or perform resistance training, it may require more effort on your end to make changes in your body composition if you’re on birth control pills or if you’re about to enter the perimenopausal stage/or officially on menopause.

Thank you! Your submission has been received!
Oops! Something went wrong while submitting the form